What to explore in the area

Saulkrasti is only 50 km North of Riga – one hour’s drive from the capital of Latvia and the biggest city in the Baltic States. Riga has been under German, Swedish and Russian rule over centuries. It’s an old Hanseatic city founded by the German Bishop, Albert in 1201 and you will find typical fine examples of medieval North European architecture from this period, including the Dome Church, St. Peters Church, dwelling houses such as the Two Brothers, the Monastery, Conventa Seta etc.

After the decline of the Hanseatic League during the late 16th century, new rulers, in the shape of Gustav Adolf, King of Sweden took over and Riga became part of the Swedish empire for more than 100 years during 1600-1710 till it was finally taken over by the Russians and Peter the Great as a result of the outcome of the Great Northern war 1700 – 1720.

Riga was the biggest and richest city in the Swedish empire, beating Stockholm by far and you’ll find many interesting architectural monuments from this period  such as the Swedish Gate, The Reitern House, Menzendorfs’ House etc.

Riga has one of the finest collection of Art Nouveau buildings all classified as Unesco World Heritage and fortunately the old wooden houses were protected during the rebuilt process.

You will find more than four thousand wooden houses from Tsarist period 18th and 19th century. No other European city has such an amount of wooden house architecture from previous centuries as Riga has.
Present days’ Riga is a thriving North European city with almost 1 million people and a rich cultural diversity and heritage.

Take a stroll down the old city and sense the medieval North European atmosphere, taste the fantastic Latvian beer and rich local food. Visit the elegant Elisabeta street and area around the National Gallery and you will discover Art Nouveau architecture at its best. Don’t forget to visit the Central Market close to the railway and bus station, if you like nostalgia, this is definitely the place to go!

The Central Market is an amazing site constructed from original German zeppelin hangars and is the largest of its kind in Europe.   You will find all kind of high quality local and imported foods, a fantastic fish market at very reasonable prices. This place has hardly been changed since  the 1930’s and is a “must see” 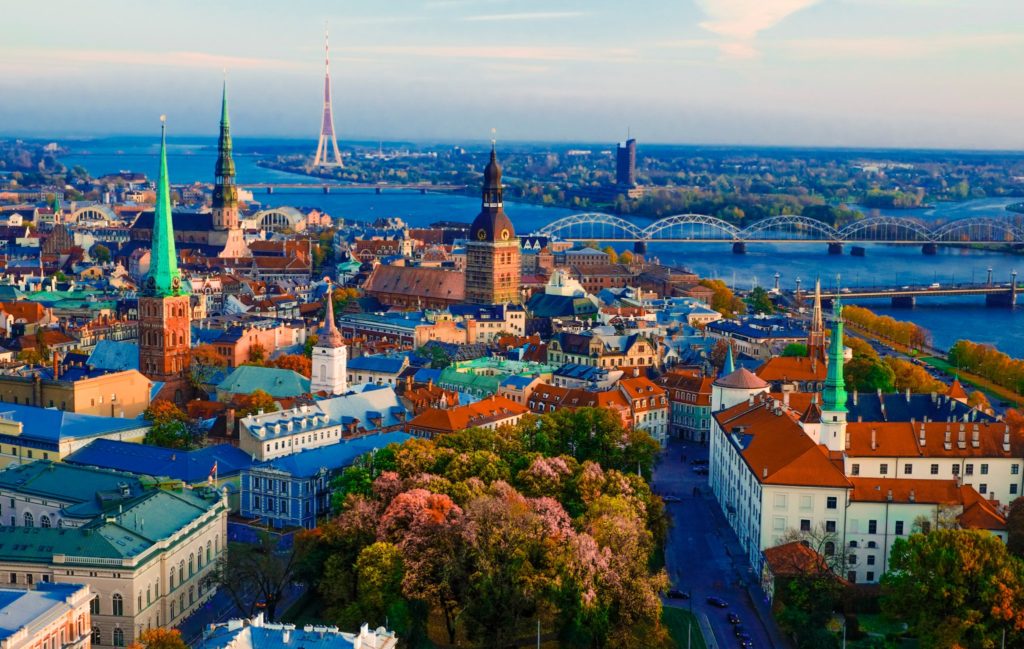 Besides enjoying the coastal area around Saulkrasti you should visit Gauja National Park, which is one of the finest parks in the Baltics on almost 920 km2. Gauja National Park is formed by the river Gauja and its tributaries carving and shaping the landscape for millions of years. You will find wild rocky cliffs at the river banks, some of the largest and oldest birch woods in Europe, wild life such as wild boars, moose, beavers, eagles blended with ruins of medieval castles from the German Christian knights’ era

Gauja can be enjoyed by foot via a large number of nature trails along the river bank, by boat on the smooth waters of Gauja or by river rafting on the wild waters of Amata. Gauja National park is only half an hour’s drive from Villa Neubad and can be visited all year around. Summer and autumn are the best periods to explore the park, autumn is famous for its outstanding colors of fall and summer for hiking, swimming and boating. During winter periods Gauja National Park turns white and is a great place to go skiing. The park offers high quality country side as well as downhill skiing facilities.

Medieval castles to visit are Turaida, Cesis and Krimulda. Read more about the region here: http://www.latvia.travel/en/article/vidzeme 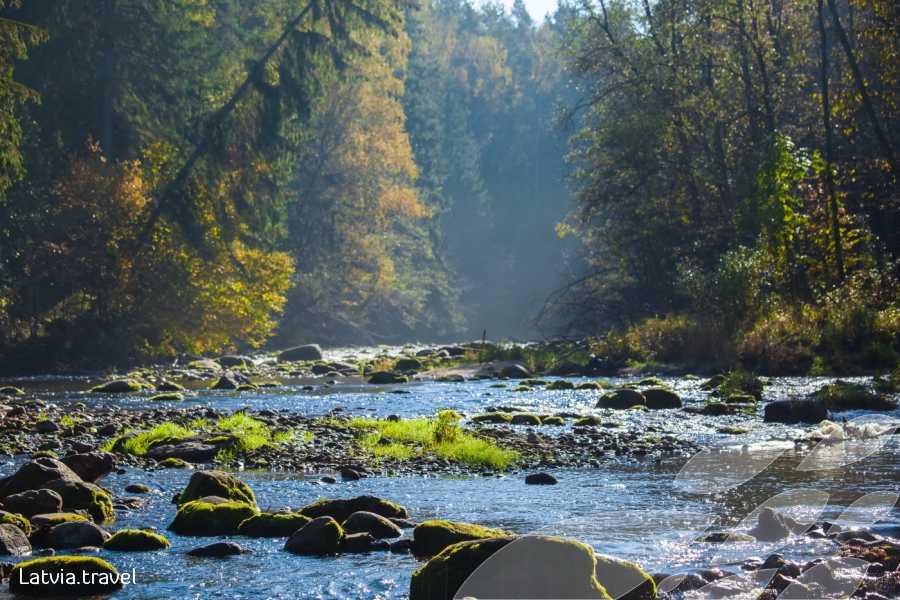 Another beautiful Baltic state is only 70 km from Villa Neubad. To the north you find the smallest and less populated of the Baltic States but with the highest concentration of Islands; You will find no less than 2304 Islands along the Estonian Baltic coast. Visit the Spa city Pärnu no more than an hour and a half’s drive. From there you have 2 hour’s drive to the wanders of Saaremaa Island, Estonia’s largest island (in German and Swedish Ösel). Visit the amazing Panga cliff and Kuressare castle and enjoy the unspoiled costal wilderness shaped by the ice age – read more about Sareemaa here: http://www.visitestonia.com/en/where-to-go/islands/saaremaa-muhu-islands

The historical city of Tallinn, the capital of Estonia is only 3 hour’s drive from Villa Neubad.